Relationship with Universities around the world 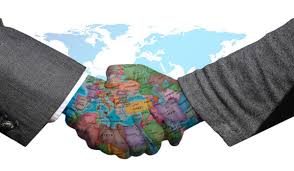 One of the steps for globalize a university is to establish linkage with reputable foreign higher education centers via signing MOUs. The IUT International Scientific Cooperation Center is responsible to coordinates international activities and programs on campus; and serves as a liaison between students, faculty, university administration, local government agencies and international partners. It also enjoys a close relationship with many international associations and cooperates in offering services for arranging scientific agreements and issue related to membership in international associations and sabbatical leave. As a strategic plan IUT has started to increase its international ties with other well-known scientific institutions all around the world in recent years. We have successfully been able to observe a sharp and fast moving increase (7 fold increase since 1999) in the number of agreements signed by IUT and other internationally recognized universities. The aim is to expand our scientific relation through exchange of scientist, faculties and students, offering joint degree programs and conducting joint research projects. Currently, the University collaborates with partners in approximately 18 countries and has signed 56 cooperative agreements or MOUs with various institutions in these countries.

Following table contains a list of IUT contracts from 2015 till now.